Sensory adaptation is a phenomenon well known for most of the senses and may be a way to optimize the encoding of sensory signals for the finite processing resources of the neural system. The occurrences are documented in the case of hearing, smell, taste, sight, and certain modalities of the sense of touch. For example, it is well known that our eyes adjust between darker and brighter environments. We are specifically interested in the case of sensory adaptation in the kinaesthetic system and the way it applies to forces. We make the hypothesis of the existence of kinaesthetic sensory adaptation. The specific hypothesis is that instead of knowing the absolute magnitude of a force we are sensitive to changes. To determine the existence of sensory adaptation to forces as well as its properties we led a pilot and two experiments. The experiments involved 58 participants, 48 participant’s results were analyzed. From the results, we were able to find the proof of a form of sensory adaptation to kinaesthetic feedback. This phenomenon can be seen as a high-pass filter with a time constant of 14 s. These findings can find application in algorithms to reduce the energy needed for force feedback devices by slowly decreasing the force, similarly to the wash-out filter in motion simulators. 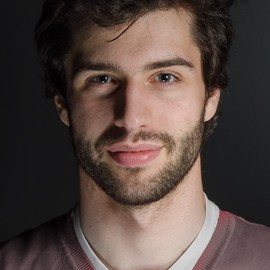 Director of Research and Product Integration

My research interests include haptic, mechatronics, micro-robotic and hci.